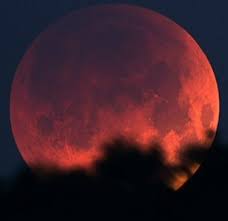 From the earliest human cultures, the mysterious magic of creation was thought to reside in the blood women gave forth in apparent harmony with the moon, and which was sometime retained in the womb to coagulate into a baby. Men regarded this blood with holy dread, as the life-essence, inexplicably shed without pain, wholly foreign to male experience.

Most words for menstruation also meant such things as incomprehensible, supernatural, sacred, spirit, deity. Like the Latin sacer, old Arabian words for "pure" and "impure" both applied to menstrual blood and to that only. The Maoris stated explicitly that human souls are made of menstrual blood, which when retained in the womb "assumes human form and grows into a man". Africans said menstrual blood is "congealed to fashion a man". Aristotle said the same: human life is made of a "coagulum" of menstrual blood. Pliny called menstrual blood "the material substance of generation," capable of forming "a curd, which afterwards in process of time quickenth and groweth to the form of a body". This primitive notion of the prenatal function of menstrual blood was still taught in European medical schools up to the 18th century.

The Bible's story of Adam was lifted from an older female-oriented creation myth recounting the creation of man from clay and moon-blood. So was the Koran's creation story, which said Allah "made man out of flowing blood" but in pre-Islamic Arabia, Allah was the Goddess of creation, Al-Lat. The Romans also had traces of the original creation myth. Plutarch said man was made of earth, but the power that made a human body grow was the moon, source of menstrual blood.


The esoteric secret of the gods was that their mystical powers of longevity, authority, and creativity came from the same female essence. The Norse god Thor for example reached the magick and of enlightenment and eternal life by bathing in a river filled the menstrual blood of "giantesses" that is of the Primal Matriarchs, "Powerful Ones" who governed the elder gods before Odin brought his "Asians" (Aesir) out of the east. Odin acquire supremacy by stealing and drinking the "wise blood" form the triple cauldron in the womb of Mother-Earth, the Triple Goddess know as Kali-Maya in southeast Asia.

Odin's theft of menstrual magic paralleled that of Indra, who stole the ambrosia of immortality in the same way. Indian myth called the sacred fluid Soma in Greek, "the body", because the word's eastern root referred to a mystical substance of the body. Soma was the object of so much holy dread that its interpretations were many. Soma was produced by churning of the primal sea "ocean of blood" or sometimes "sea of milk". Soma was drank by priests at sacrificial ceremonies and mixed with mild as a healing charm; therfore it was not milk. Soma was especially revered on somvara, Monday, the day of the moon. In an ancient ceremony called Soma-vati, women of Maharashtra circumambulated the sacred female symbolic fig tree whenever the new moon fell on a Monday.

A combination of honey and menstrual blood was once considered the universal elixir of life, the "nectar" manufactured by Aphrodite and her sacred bees, which kept the very gods aliv 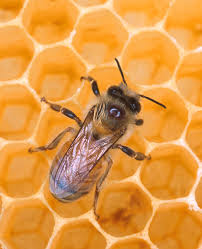 e. Similarly, the great secret of Norse mythology was that the gods nectar of wisdom, inspiration, literacy, magic, and eternal life was a combination of honey and "wise blood" from the great Cauldron in the bell of Mother Earth trough a late patriarchal revision claimed this hydromel or honey-liquid was a mixture of honey with the blood of a male sacrificial victim known as Wisest of Men. The honeymoon of a lunar month would inclue a menstrual period, the real source of what ws euphemistically called the moon-honey or honeymoon. The honey moon spanned a lunar month, usually in May, the month of pairings, named after the Goddess as the Virgin Maya. In an archaic period, sacred kings seem to have been destroyed after a 28 day honeymoon with the Goddess, spanning a lunar cycle, as the queen bee destroys her drone-bridegroom by tearing out his genitals. A bridegroom contacted the source of life by copulating with his bride during menstruation, according to the oldest oriental belief. Even the Great God Shiva was helpless unless his phallus was baptized in blood from the vagina of Kali-Maya, his Shakti and mother, in the Tantric ritual known as Maharutti.

Egyptian pharaohs became divine by ingesting "the blood of Isis", a soma-like ambrosia called sa. Its hieroglyphic sign was the same as the sign of the vulva, a yonic loop like the one on the ankh or Cross of Life. Painted red, this loop signified the female genital and the gate of Heaven. Amulets buried with the dead specifically prayed Isis to deify the deceased with her magic blood. A special amulet called the Tjet represented Isis's vulva and was formed of red substance jasper, carnelian, red porcelain, red glass, or red wood. This amulet was said to carry the redeeming power of the blood of Isis.

It is still specified in the Left Hand Rite of Tantra that the priestess impersonating the Goddess must be menstruating, and after contact with her a man may perform rites that will make him "a great poet, a Lord of the World, who travels on elephant-back like a rajah. In ancient societies both east and west, menstrual blood carried the spirit of sovereign authority because it was the medium of transmission of the life of clan or tribe. Among the Ashanti, girl children are still more prized than boys because a girl is carrier of "blood". The concept is also clearly defined in India, where menstrual blood is known as the Kula flower or Kula nectar, which has an intimate connection with the life of the family. when a girl first menstruates, she is said to have "borne the Flower". The corresponding English word flower has the significant literal meaning of "that which flows". The Bible also calls menstrual blood the flower (Leviticus 15:24).

Taoists said a man could become immortal (or at least long-lived) by absorbing menstrual blood, called red yin juice, from a woman's Mysterious Gateway, otherwise known as the Grotto of the white tiger, symbol of life-giving female energy. Chinese sages called this red juice the essence of mother Earth, the yin principle that gives life to all things. They claimed the Yellow Emperor became a god by absorbing the yin juice of twelve hundred women.

Female blood color alone was often considered a potent magic charm. the Maori rendered anything sacred by coloring it red and calling the red color menstrual blood. Andaman Islanders thought blood-red paint a powerful medicine, and painted sick people red all over in an effort to cure them. Hottentots addressed their Mother Goddess as one "who has painted thy body red"; she was divine because she never dropped or wasted menstrual blood. Some African tribes believed that menstrual blood alone, kept in a covered pot for nine months, had the power to turn itself into a baby.

Easter eggs, classic womb symbols of the Goddess Eostre, were traditionally colored red and laid on graves to strengthen the dead. This habit, common in Greece and southern Russia, might be traced all the way back to Paleolithic graves and funeral furnishings reddened with ochre, for a closer resemblance to the Earth Mother's womb for which the dead could be "born again". Ancient tombs everywhere have shown the bones of the dead covered with red ochre. Sometimes everything in the tomb, including the walls had the red color. J.D. Evans described a well tomb on Malta filled with reddened bones, which struck fear into the workmen who insisted the bones were covered with "fresh blood".