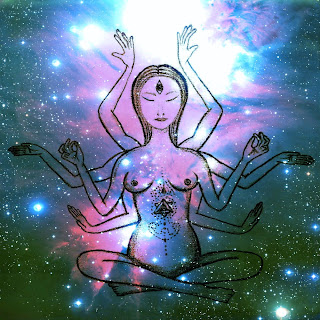 "Your whole era, your whole Earth is geared to that at this moment, and that is one of the changes of this New Age. It is called the arising of the Goddess. It is not just in woman, it is also in man."


~ P'taah... Transformation of the Species


At the beginning of every major turning point in human history, a new energy washes over our planet to bring about change. We are now leaving the age of Pisces, which has lasted some 2,160 years. The New Age of Aquarius will take its place for the same period of time.

Slowly but surely, the cosmic influence of Aquarius will usher in harmony, peace, understanding, sharing, and an unprecedented time of love, as we wake up and realize that we are all ONE family.

All of humanity will be affected by this change. Those whose actions are rooted in fear will have a difficult time of it. The days of ego-based thinking are over. This realization may take several generations to sink in, and become a way of life. But it will happen. Cosmic cycles are no accident. God's clock is perfect.

Over the past 50 years or so there has been an unmistakable resurgence of the feminine energy on this planet. It is all around us to wonder about, behold, appreciate, and bring into our way of being. It has been suppressed in women and men for thousands of years. The days of suppression are over. Now, men will cry more because of their greater sensitivity, and women will be honored as equals, as they should be.

What is feminine energy? How will it help to transform this planet? Why will it affect women as well as men?

Each man and woman on this planet has a root gender. It was assigned to us when we lost our ways in the physical pleasures of Earth millions of years ago, as we separated into physical man and physical woman. When that happened, the predominant consciousness or polarity of physical man was masculine, but a small vestige of the feminine principle was given to him well. The reverse holds true for each woman.

Located in the left side of our brain is the masculine force. It is the part of us that is assertive, logical, analytical, doing, controlling, aggressive, striving, projecting, hard, organizing, rushing, thrusting, always pushing us to survive, and has its origin in our minds.

The right side of the brain is feminine or that which is creative, delicate, intuitive, nurturing, receptive, tender, surrendering, synthesizing, integrating, soft, feeling, and the part of us that "knows" without explanation. Its roots reach deep into the heart.

The feminine helps us to "be." This form of energy softens the constant male-driven "doingness" of our lives, which has become part of our misguided and relentless efforts to survive in the material world.

The balance of the male-female polarities within each individual will also help us relax into the knowingness of who we really are. Once we begin to awaken to this knowledge we can then decide who it is we really want to be.

The ancients say that many aeons ago it was the female energy that dominated the masculine for a very long time. Eventually, the scales tipped in favor of the male energy, and we have been experiencing that imbalance and its influence for thousands of years. Now, the two polarities or consciousnesses must be brought together and blended until balanced and equal. The influence of Aquarius will help us do that. To be honest, it will accept nothing less.

During the spring of 2001, I looked out my kitchen window, which overlooks a field belonging to the local school. Young children were playing baseball. There were many young girls playing side by side with the boys, and the boys really enjoyed having them be a part of it. These magnificent, Little Winged Ones know in their young and innocent hearts what's going on with regard to the rising feminine energy. They're much wiser than we realize.

There is a lot of this kind of female-male balancing taking place today all over the world. I often wonder how many people see it as a rise of the Goddess energy that is making such a big impact on the spiritual transformation of the human family, and this magnificent planet.

Today, young fathers are mothering their children; women are stepping forward in sports, industry, politics, business, and the like. Men are creating and expressing with their heart, shedding tears, writing poetry, hugging one another. Women are stepping forward, standing on their own two feet, expressing their feelings, and being heard. It's all melding together on schedule, and speaks to the dawning of the Aquarian Age.

There is no doubt that the birth of the New Age we are entering has been influenced and guided by the emerging feminine energies of some very remarkable women. Eileen Caddy, Shirley MacLaine, Maryanne Williamson, Betty J. Eadie, Carolyn Myss, Jani King, the Peace Pilgrim, Mother Teresa, Jane Roberts, Mary Margaret Moore, Zoev Jho, and many others have given us so much to think about in their inspirational books, and other forms of communication.

Yes, the men have contributed as well by allowing their feminine, creative energies to flow from their souls. It's an amazing time to be alive. And it is not over. It is just the beginning. We're just now getting into Aquarius.

Today is the time for balancing our masculine and feminine energies in order to have fulfilling, romantic partnerships and long term unions with another. It is a part of being in harmony with the Aquarian forces that are lighting the way into the New Age.

The rise in feminine energy will also bring with it the realization that what is important is not "having" but "being." The time has come for us to stop concentrating on the external, material world for our happiness and fulfillment. In its place, the feminine will constantly remind us that we have souls; something we have forgotten for quite some time. And this will surely add to the quality of romantic unions.

Here's what Eileen Caddy, whose remarkable life story was told in her book, "Flight Into Freedom," had to say about the rising feminine energy. Keep in mind that she received many messages and visions from God throughout her lifetime...


"In a vision, I was shown a man and a woman. On the man were the words 'Light, Intellect' and on the woman, 'Love, Intuition.' I saw there was a great friction between them, even hatred and enmity. Then the woman lay submissively on the ground and the man walked all over her, wiping his feet on her.

I heard a voice say: 'Arise, oh woman. Be not subservient to man, for are you not his helpmate? Are you not here to complement each other and so bring unity and harmony and complete oneness?' The man must have heard the voice too, because I saw him kneel down beside the woman and gently pick her up. He removed her filthy garment and put on a pure white one.

Then I saw two great hands take the man and woman and mould them into one lump as if they were made of clay. The hands placed the clay into a potter's wheel and created a most beautifully shaped pot. I watched the pot being placed into the fire of purification. When it was taken out again, it shone brilliantly as the sun. It was so beautiful I knew only God's hands could have created it.

I now saw growing out of the pot blooms of every colour and description. I realised that was what could happen when there was no longer any division between man and woman, light and love, intellect and intuition. There will be everlasting peace and goodwill only when they come together as one."


Finally, the emerging Goddess energy will remind us that our Source is neither male nor female. Rather, our God is the union of all energy in the universe, both feminine and masculine.

Indeed, we are on the brink of an exciting New Age.
Email Post