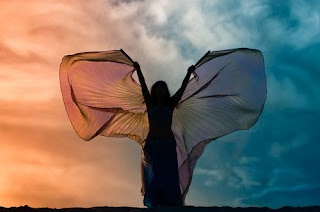 So Friday the 13th is upon us again...does that day scare you? It use to scare me until I learned about the meaning of this number, where the superstition came from and how we should view this day.  It doesn't mean what you think and there is no reason to be scared...unless you are watching one of those silly Friday the 13th movies, lol

If you want to learn what this day really represents as well as the sacredness behind this number then I'm sure you will enjoy reading this article.

Nope this day is NOT a unlucky day!  Friday 13th is actually a day that was used to honor the divine feminine energy within ourselves.  Friday is astrological the day of the week associated with the planet Venus. Venus is associated with love, money, relationships and beauty and is named after the Roman Goddess of love.  Friday was associated with the early Mother Creation Goddesses for whom that day was named. In Anglo-Saxon, Scandinavian, Icelandic, and Teutonic cultures She was called variously, Freya, Freia, Freyja, Fir, Frea and Frig. Friday is Frig's Day,Frigedaeg, in Old English, Fredag in Danish, Freitag in Dutch. In Mediterranean lands, She reigned as Venus. In Latin, Friday is the Day of Venus, Dies Veneris; Vendredi in French, Venerdi in Italian and Viernes in Spanish.

So Friday the 13th was the perfect day to make love or do other ceremonies in honor of the Goddess. Plus, there are 5 Venus cycles that occur every 8 years and in that 8 years Venus goes around the Sun 13 times. This links to the Fibonacci Sequence – 8 (years) plus 5 (Venus cycles) equals 13.  For many 13 represents the return of the Divine Feminine including the mysteries connected with Mary Magdalene, Mother Mary, Shekinah and Sophia representing the natural rhythms and cycles coming into sacred balance. 13 is also thought to be the essence of the empowered and embodied Christed Feminine.

Some say 13 is a number that transcends matter and is coded with the frequencies of Ascension, Oneness and Unity that transforms all things. Since 13 is a prime number it is only divisible by itself representing purity – as 13 then is incorruptible and exists within its own integrity. Plus, 13 is the Alpha and Omega, the beginning and the end. Many ancient secret societies and mystery schools understood that the number 13 represented death and rebirth through ascension into eternal life and it represented the secret knowledge of all life including sacred sexuality.

The Number 13 and The Moon

There are 13 Full Moons each year and most women bleed 13 times a year. In ancient times, women lived their lives in flow with the moon. The ancient Chinese referred to the menstrual cycle as “heavenly waters”.  When Chinese women make offerings of moon cakes, there are sure to be 13 on the platter. Thirteen is the number of blood, fertility, and lunar potency. 13 is the lucky number of the Great Goddess. 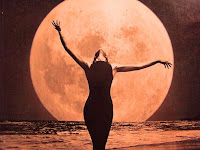 Beginning on the New Moon, many women bleed for 1-3 days. However, in modern times, women bleed for 3-7 days. Your body can be reset back to be in harmony with nature by being more attentive to your diet as well as spending time in moonlight. Many women would spend time soaking up the energy of the new moon in order to help their bodies re-align with that energy.  In some cultures, women celebrated their monthly cycles and many women's cycles would come at the same time. During this time, they would set up red tents – sacred places where they could celebrate their Feminine energy during their moon time.

You were only allowed in these red tents when you were bleeding. Men were not allowed.  It was considered a great honor to be allowed in. Young girls looked forward to getting their periods instead of viewing them as a "curse" or something dirty. Women took time for themselves in isolation around their moon time, not because they viewed the blood as shameful, but because it was sacred. Women would sit on the ground, naked, and let the blood flow back into the earth, from which it symbolically came. Most women would bleed for only one day and then all the women would pack up the tent until the next New Moon. The moon day was a day of rest and meditation. It was considered a day of power, a time to go within and become deeply intuitive.

Friday the 13th is not a day of dread or misfortune or a curse.  It is a time to honor the goddess within you.  Our ancestors knew this and now so do you! I hope you make the most of this day.  If you are on your moon time, I advise that you take some time to moon bathe and meditate.  Honor yourself, you deserve it.
Email Post